How Does Business Alignment and Organizational Transparency Relate To Success?

You can see almost everything important that happened in the 20th century in the business world through three visionary leaders: Henry Ford, Jack Welch, and Jeff Bezos. It’s a history that not only illuminates how we got here, but helps to shed organizational transparency on where the future is taking us, and what’s needed to succeed today.

When Ford launched the Model T in 1908, the US was a country of about 90 million people, and a third of them lived and worked on farms. Ford’s innovations would transform the world in many ways, in areas as diverse as marketing and the creation of an independent dealer network, but the crucial innovation was the development of an assembly line so efficient, that the cost of a Model T dropped from $850 in 1909 to $260 in the mid-1920s.

This is above all else a story of talent management: by decomposing the process of manufacturing a car into a series of specific and limited goals, it became radically easier to hire and easier to train workers to a very high level of productivity.

If Henry Ford is a central figure in the second industrial revolution that thrust the American industry to global leadership, it fell to Jack Welch in the 80s and 90s to reinvigorate it. Like Ford, GE’s founders included one of history’s great innovators, Thomas Edison, and by 1981 it had grown into a sprawling conglomerate with over 400,000 employees and nine layers of management. Welch decided that a GE business should be in first or second place in its industry and any business that wasn’t needed to be brought to that standard or divested. In 1995, he adopted Motorola’s Six Sigma efficiency and quality program across GE’s businesses, and by 2000, revenues had grown by over $100 billion annually compared to 1981.

The great challenge facing executives in knowledge businesses today is that goals can be exceedingly hard to define. @ClearCompany offers insight on how #transparency and goal #alignment helps businesses be successful:

At the same time that Welch began advancing Six Sigma, an unknown Wall Street VP drove across the country and decided that a good Internet business would be selling books online. In 1999 Time named Jeff Bezos Man of the Year. Today, less than a quarter of Amazon’s revenue comes from printed books, and some of its fastest-growing lines of business (like Amazon Web Services) aren’t even remotely retail-based. At its core, Amazon isn’t a book retailer, but a knowledge business. While it owns warehouses, Borders and Circuit City did too--Amazon’s value comes from how it stocks and operates them.

The great central challenge facing executives in knowledge businesses today is that goals can be exceedingly hard to define and cascade through the organization. For Ford, the product provided the plan: take the car, take each part, and break the process down step by step until you had a job one person could be easily trained to do. Higher profitability and more refined skill sets can come from a complete business alignment where you place trained workers on specific processes. For workers and management on an assembly line, goals were similarly clear: keep making widgets! In the end, Welch to a large extent represented the logical end of this process of efficiency-seeking and succeeded in keeping GE growing just a little bit faster than everyone else for two decades.

The Need for Organizational Transparency

But for knowledge businesses like Amazon today, there often isn’t a clear template. An example of what it takes to succeed at that level came from what some people called ‘one of the great reply-all goofs of all time,’ when Google engineer Steve Yegge accidentally posted a “rant” (his words) comparing his experiences at Amazon on his Google+ account - with the display set to Public instead of friends-only. While the whole post is a ripping read, what really stood out was the section where he talked about how Bezos put Amazon on track to leadership in its technology platforms.

So one day Jeff Bezos issued a mandate. He's doing that all the time, of course, and people scramble like ants being pounded with a rubber mallet whenever it happens. But on one occasion -- back around 2002 I think, plus or minus a year -- he issued a mandate that was so out there, so huge and eye-bulgingly ponderous, that it made all of his other mandates look like unsolicited peer bonuses.

His Big Mandate went something along these lines:

1. All teams will henceforth expose their data and functionality through service interfaces.

5. All service interfaces, without exception, must be designed from the ground up to be externalizable. That is to say, the team must plan and design to be able to expose the interface to developers in the outside world. No exceptions

6. Anyone who doesn't do this will be fired.

Yegge goes on to explain how over the next three years this gradually transformed the entire way Amazon’s business worked internally, providing the foundations it stands on today--and how Google had failed in the same areas, and why.

While it’s always entertaining to see brand-name companies’ dirty laundry, what this really exposed for me was how important it is not only to define long-term, visionary goals for an organization (‘We need to be a technology platform and not just a retailer’) but that the primary challenge for management is to decompose those goals into attainable objectives that specific teams in the company can actually work on, and align their current talent with ways to succeed.

What do Jeff Bezos, Henry Ford, and Jack Welch have in common? A need for #transparency and #OrganizationalAlignment. @ClearCompany spotlights their success in our blog:

How We Fit In

Many companies today are led by CEOs and managers who see shifts underway in their markets and want to adapt to take advantage of them. Likewise, most of their employees are supportive of the broad vision their companies aspire to but don’t understand how they can help drive that vision. This is why we built ClearCompany.

While our Talent Alignment Platform can do many things, at its core, our goal is to give every company the ability to communicate a broad strategy down the line in digestible, and actionable pieces that give each employee a strong sense of ownership, and to give management insight into how their strategies are really working in real-time, down to the level of individual employees thousands of miles away. We believe that the future belongs to companies that can achieve organizational transparency from the top down, and from the bottom up, where employees understand how the business alignment fits them in with the strategic picture, and executives can learn from the local expertise of their teams. It’s a culture you find in some of the fastest-growing startups, and with our software, it can be yours, too.

To learn more about how ClearCompany can impact your organizational excellence, reach out to our experts today to schedule a demo. 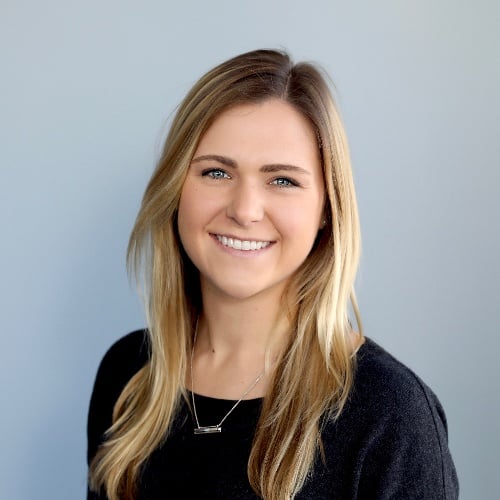 What is Strategic HR Management, and Why is it Important?

END_OF_DOCUMENT_TOKEN_TO_BE_REPLACED

3 Examples of HR Strengths and Weaknesses: How to Be a Great HR Leader