The Macro Differences Between Leaders and Micromanagers

There is a lot of pressure on managements’ shoulders on a daily basis to walk that tightrope between being the liked facilitator, and the pressure-on, guy or gal who gets the job done. The line between being a driven leader and a micromanager is one that can get blurry from leadership’s standpoint.

When the buck stops with you, and your team hasn’t fulfilled their responsibilities, or they have neglected to reach standards, it can be infuriating. This is when leaders are up until 3am finishing or redoing a project, or spending a frustrating amount of time fixing mistakes. That’s when the micromanaging tendencies kick in.

“Facilitate” has become a bit of a buzzword lately, because it encapsulates the responsibility and accountability culture that many employers want for their organizations.

“The definition of facilitate is ‘to make easy’ or ‘ease a process’. What a facilitator does is plan, guide and manage a group event to ensure that the group's objectives are met effectively, with clear thinking, good participation and full buy-in from everyone who is involved.”- Mind Tools (@Mind_Tools)

A study by Harris Interactive revealed that only 20% of employees reported having a line of sight between their job and their employer’s goals. Context is vital in motivation, engagement and even quality of work. When an employee sees how their work affects all of the other moving parts of the organization, it creates a sense of pride and accountability around their own objectives.

David Lee, founder and principal of HumanNature@work also noted, “Besides compromising their ability to perform well, not knowing the big picture leads to disinterest. How can you get excited about something you know little to nothing about?

It is imperative employees have an understanding of their own contribution within the organization and that they feel a strong sense of responsibility for delivering in that role. Most employees are capable, and ready to deliver (why else would you hire them?), but they might not have even been given the chance to meet expectations.

Accountemps estimated in a study that about 60% of employees work for a micromanager, and of those who felt they’d been micromanaged, 68% said it decreased their morale, while 55% said it hurt their productivity.

Micromanagers tend to head up every project, conversation and menial task within their reach. Not only can one person not do this effectively, they can’t do it period. What inevitably happens is that the manager creates a bottleneck of work, placing roadblocks at all junctures.

The most effective solution here is to embrace a great performance management platform. This software will allow leaders to track performance in a hands-off way. Each step of each project can be visualized, issues can be addressed and successes can be celebrated in real-time.

It’s called discretionary effort, and it’s the best feature of an engaged employee.

“Discretionary effort is the level of effort people could give if they wanted to, but above and beyond the minimum required. Many organizations manage performance in such a way that motivates employees to do only enough to get by and avoid getting in trouble (negative reinforcement).” - Aubrey Daniels, Corporate Training Specialist (@AubreyDaniels)

No one can be pressured into discretionary effort, which is what makes it such a strong indicator of true employee engagement. Discretionary effort must be inspired; the employee must have a connection with the organization to be driven in this way. While stress is a normal part of the business world, feeling inspired is and always has been a better motivator.

These differences in micromanagers and leaders might seem subtle. However, the outcome of these different leadership styles is obvious. It’s not an easy balancing act between trusting in a worker’s accountability without looking over shoulders, especially when at the end of the day; it all comes back on you. Let’s change the focus from getting the job done, to facilitating, training, leading and supporting your team to do it.

Step away from the memo and take a look at some tools that actually work. 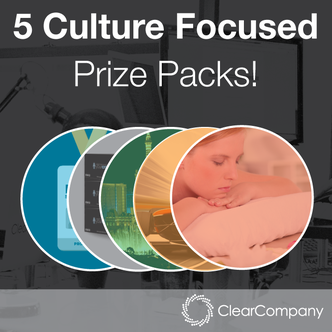 END_OF_DOCUMENT_TOKEN_TO_BE_REPLACED

How to Incorporate Self-Evaluations in the Performance Review Process