It’s no secret by now that employees want feedback on their performance. It’s also true that employees want opportunities to improve their performance and develop new skills. 92% of employees said access to professional development was very important. Development opportunities drive engagement and retention, which is a great reason to consider implementing 360 reviews (and trying out a 360 review platform) in your upcoming review cycle.

360 reviews are meant to give employees a more holistic view of their performance so they can improve. 360 reviews, also known as 360-degree reviews, are typically part of a company’s larger employee review system and are not the only review given to employees.

#360degree reviews can get complicated with lots of contributors. @ClearCompany explains how 360 review software can make it easier for HR:

Use 360 Reviews for Employee Development

You may be wondering, what is a 360-degree review? 360 reviews collect feedback about employee performance from a range of colleagues, like managers, direct reports, and coworkers from other departments. Some companies ask for feedback from customers who interact with the employee regularly. This approach provides reviewers with a clear, well-rounded picture of performance.

360-degree feedback is unique because it brings in the perspectives of so many people. A typical feedback tool like an annual review is usually no more than one person’s — the direct supervisor’s — thoughts and opinions. Managers may sometimes receive “upward feedback” from their direct reports in addition to their own supervisors’, but it’s rare for colleagues and customers to join in on a performance appraisal.

While those types of reviews have their own merit, 360 reviews serve a purpose, too. With 360 reviews, employees hear from anywhere from four to eight individuals. They can compare feedback from many sources, which makes the review more credible. For example, if a manager heard from one direct report that their meetings tend to be unorganized, they may not take the feedback as seriously since it’s coming from just one person.

On the other hand, if they hear it from a colleague in another department, a customer, and a direct report, it becomes clear that they need to address the issue. They might set a goal of adding an agenda to every meeting they organize for the next month. From there, they can determine if meeting agendas have helped them stay more organized in their meetings by checking in with their supervisor and seeing if the same feedback appears in their next 360 review.

If you’re considering using 360-degree feedback at your organization, check out our post on questions to ask before making that decision and consult with your team.

You should also get familiar with 360 feedback best practices to see if 360 reviews would be a useful tool. Here’s a quick look at how to execute effective 360 reviews:

Conducting 360 reviews is not as simple as traditional reviews involving only one or two supervisors and one employee. Since they involve many employees and lots of feedback, enlisting a software solution has many benefits. Here’s a closer look at eight top benefits of 360 review software:

1. Simplify tasks and save time for HR

360 review software helps to ensure that employees who are in similar or the same roles are being evaluated by the same standards. With software, there’s less chance that HR will need to recreate reviews year after year, or one by one, creating new questions each time. They can access 360 reviews stored in their software platform and be sure employees receive the correct review. This also makes it far easier to analyze review data and compare results.

3. Stay organized and on track

It’s imperative to stay on track with performance reviews in order to give timely feedback. If feedback is given too late, you lose opportunities to aid employees’ development and address issues. Not to mention, the employee has been working without any corrective action, repeating mistakes that should have been addressed earlier. Timely feedback is also beneficial to employee engagement: in fact, 43% of highly engaged employees receive feedback once a week.

#360reviews are an effective tool to aid your employees’ professional development goals. See how using 360 review software can help your team reach their goals:

It can be all too easy to underestimate employee progress when past reviews are hard to access, like paper reviews. On the other hand, 360 review software effortlessly stores complete records of every review sent through the system. After each review cycle, managers and their reports can compare previous years’ reviews to the most recent review — no guessing games required. This comprehensive access to review history is hugely beneficial to employee development. They can more clearly see where their skills need refinement and gain confidence in their growth trajectory.

360 review software not only shows employees how they’ve grown in their career, but it also helps inform the next steps in their career with more assurance. Maybe an employee received positive feedback about their leadership skills from many of their colleagues. Looking back over past 360 reviews revealed more, similar praise. That tells both the employee and their manager that investing in leadership development opportunities will very likely be successful and help the employee grow into a leadership role.

Employees want feedback, and more of it helps to keep them engaged. 360 review software makes it easy to ensure both that all employees receive 360 reviews, and that they have a chance to provide feedback for another employee’s review. Asking employees for their feedback makes them feel empowered and increasing participation helps to keep employees engaged with the review process.

With a 360 review platform, reviews are easily accessible via mobile devices. Review participants can complete the review at their convenience. If it slips their mind, the software sends a quick reminder automatically. Mobile accessibility combined with auto-reminders makes it easier to complete 360 reviews in a timely manner.

It’s the last on the list, but this may be one of the most important benefits of 360 review software. A robust software platform can generate insightful reports from responses, which, in turn, helps HR teams to make data-informed decisions. For example, maybe one employee tends to score another employee quite low consistently, while others submit higher scores for the employee. That’s an opportunity to improve the relationship between colleagues or address a performance issue that may have otherwise gone unnoticed.

You can make your next performance review cycle the best one yet with Performance Management software. Help employees hone their skills and gain deep insight into how they’re doing for targeted performance improvement. Conduct regular reviews, simplify review cycle management, and check in often to build trust, engage, and retain your employees.

Ready to help your employees realize their full potential? Try out a 360 review platform like ClearCompany. Get started today with a demo of ClearCompany’s Performance Management platform, including 360 Degree Reviews, with our experts.

Our award-winning platform gives you the tools you need to tackle performance reviews in today's landscape. 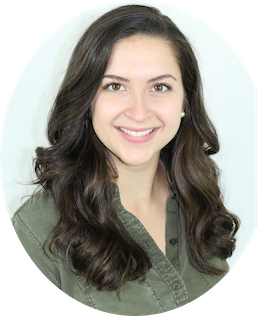 Melanie Baravik
FIND ME ON LINKEDIN

As a content connoisseur for ClearCompany, Melanie creates informational content to help HR professionals discover the positive impact of technology and best practices on employee recruitment, engagement, and retention.